Thanks to Paterno director of photography Marcell Rév for providing me with tech specs. Check out his official site.

The Movie
In the decade following 1982’s Diner, writer/director Barry Levinson had quite a run – The Natural, Tin Men, Rain Man, Avalon, Bugsy. It’s difficult to imagine most of those films being made today as studio backed wide theatrical releases. The best Barry Levinson films are exactly the type of middle budget, adult-slanting fare that has become nearly extinct theatrically. Levinson has responded to that shift by migrating to television for a trilogy of true stories detailing the lives of Jack Kevorkian, Bernie Madoff, and – most recently with HBO’s Paterno – disgraced Penn State coaching legend Joe Paterno.

Bookended by a framing device that finds Paterno (played by Al Pacino) reflecting on his life from the confines of an MRI machine, the film details the ignominious end to Paterno’s coaching tenure as he sets the all-time record for collegiate wins, is fired for failure to responsibly report a pedophile assistant coach, and is diagnosed with lung cancer, all within the span of a few days.

A shot-by-shot breakdown of Paterno’s opening scene, which begins the film’s framing device of the coach reflecting on his life while in an MRI machine.

Some of the flashback scenes were shot on 8mm and 16mm film, with the latter captured on ARRI 416 cameras with Arri Zeiss Standard Speed lenses. 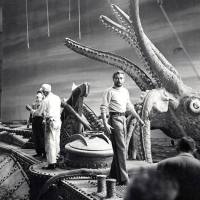