The Movie
A triple homicide in a remote Alaskan town brings together a former rodeo champion (Jon Bernthal) and a violent drifter (Christopher Abbott) in this moodily photographed neo-noir. Though set in Alaska, the film was shot largely in Hope, British Columbia – the same location as Rambo’s inaugural outing First Blood (1982).

A 2 minute and 37 second oner – The camera starts in the back seat of the car with Christopher Abbott driving. He pulls into a parking lot and gets out to use a payphone while the camera continues to shoot from inside the car.

The following scenes have been broken down to include a frame from every set-up.

Imogen Poots’ character receives some unexpected news about the dire financial circumstances of her late husband. This scene has only three set-ups:

#1) A static shot of the lawyer entering and sitting down (out of frame) at his desk.
#2) An over-the-shoulder medium shot on the lawyer.
#3) The rest of the scene plays out in this close-up on Poots, focusing on her reaction as she receives the news about her husband rather than cutting back to the lawyer. 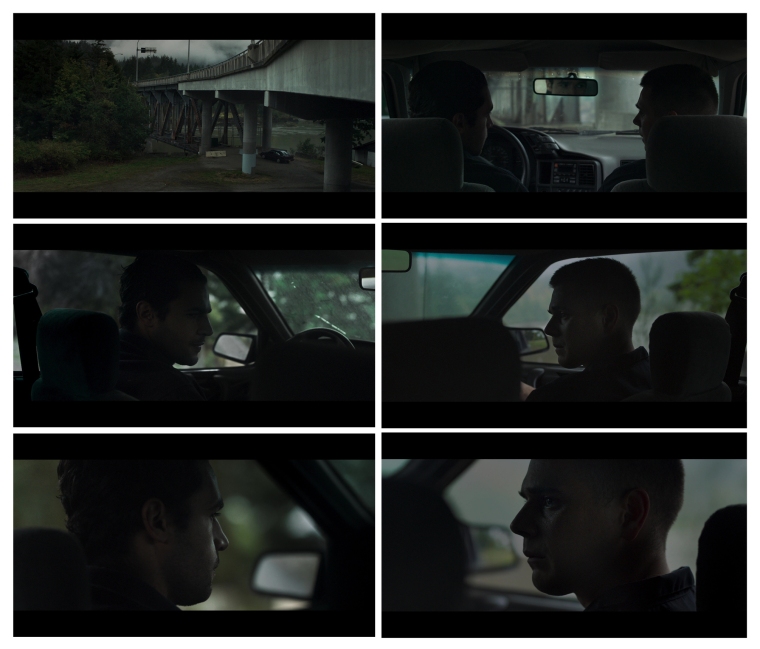