The Movie
After the first two Fridays limited their body count mainly to counselors at Camp Crystal Lake, Part III opens up the potential victim pool to anyone unlucky enough to be lake adjacent. Then again, the Fridays always did have a cavalier attitude toward continuity, which is how you end up with an overall-wearing Jason Voorhees in Part II with a Town That Dreaded Sundown sack on his head only to pivot to a hulking, hockey mask-adorned killing machine in Part III. In addition to introducing Jason’s headgear of choice, this Friday was also the first made on the West Coast (Part I shot in New Jersey; Part II in Connecticut) and the only Friday shot in 3D, joining Jaws and Amityville as horror series that capitalized on the brief early-80s resurgence of the format for their third installments.
This isn’t one of the better Fridays – the disco flavored opening theme song is a portent of what’s to come – but Part III does hold a special place for me as the first horror film I remember seeing as a kid. When we’d visit my uncle on Friday night’s in the dark times before we owned a VCR, we’d watch whatever happened to be playing on HBO or Showtime. Sometimes that meant The Beastmaster. Sometimes that meant Monty Python’s Life of Brian. And sometimes that meant a third-grader watching a hockey masked psychopath shooting people in the face with a speargun.

(Above) A collection of the 3D gags from Friday the 13th’s third installment, with everything from yo-yos and popcorn to Jason’s various implements of impalement thrust into the audience’s face.

Here’s Ray Zone from his book 3D Revolution: The History of Modern Stereoscopic Cinema on the single-strip Depix system used to shoot the film:

Single-strip 3-D film projection greatly simplified theatrical exhibition of stereoscopic motion pictures. It was this format that drove the first real wide release of 3-D movies that took place in North America in the 1980s. Friday the 13th Part III, from Paramount Pictures, was the first 3-D film to have a day-and-date wide release when it opened in over 700 theaters in North America on August 13, 1982. For this release, Paramount Pictures shipped a 3-D projection lens, aperture plates, instructions for the projectionist, and a 35mm 3-D test strip in a custom-made shipping box to each theater that, of course, had installed a silver screen.

The single-strip stereoscopic filming on Friday the 13th Part III had been produced using the Depix system created by Alvin and Mortimer Marks and their company, the Marks Polarized Corporation of New York. The Depix camera system captured left and right eye images on a single 4-perf 35mm film frame in an over-under configuration using a modified Arriflex Arri III 35mm camera fitted with a Depix converted, a complex optical attachment that used prisms and polarizers. 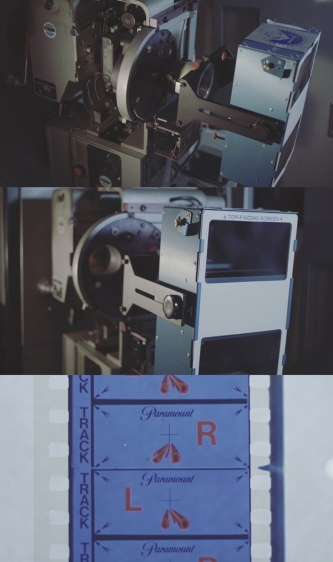 Steve Miner, Director
We looked at all the systems when we started, and the consensus of opinion was that they were all difficult. There was no state of the art where 3-D was concerned at the time, because all the systems are from backyard inventors who were piecing them together. We ending up using the Marks 3-D system, an “over and under single strip” process, meaning that the left eye and the right eye are printed one above the other on a single, full 35mm frame. You have two lenses on one camera,  and photograph the image on one piece of film, which, of course, makes everything easier in the editing and post-production stages.

Frank Mancuso Jr., Producer
In retrospect, I’d have to say that had Paramount known what it was they were going to have to go through in order to make this thing work, I doubt they would have done it. It was kind of a crazy idea to broad release a 3-D movie, because there wasn’t any precedent. Initially, everybody thought it was going to just be a glasses issue, but the glasses were the least of it. We had to have each theater equip themselves with a silver screen and a viewing box (pictured above) that went in front of the lens and then they’d have to sync it all up. And we had to spend the money to create a 24-hour hotline, for calls like, “Why isn’t my 3-D working?” It was a huge deal.

Gerald Feil, Cinematographer
A big problem was that projecting in 3-D required a silver screen. And this is what the distributors really hated, because they had to boost the light level, and that increased their power bills and it shortened the longevity of their projector lamps. So most of them cheated on the light levels anyway. I used to go around to a lot of the theaters in L.A. and New York with a light meter. I’d hammer on the manager’s door—” You’ve only got 12 foot candles— it’s supposed to be 16!”

Martin Jay Sadoff, 3D Supervisor
I got a call from (Paramount production head Frank Mancuso Sr.) at 11: 30 a.m. on the Friday it opened. He goes, “Two screens.” I said, “Two screens what? Only two screens are up and running?” And he said, “No, we only lost two screens on the East Coast to technical problems.” Then he told me the movie made its money back—” It’s already in the black!” It had sold out every single showing on the East Coast from the minute it opened. The movie was a hit before the first matinee ever unspooled on the West Coast. And we ran out of glasses all over the place on the first weekend. It was incredible.

Click on a frame for a “making of” story from the film, via Peter Bracke’s oral history. 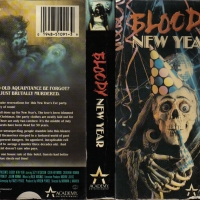