Below you’ll find a few of director Bernard Rose’s storyboards for Candyman (1992). Rose also adapted the film’s source material “The Forbidden,” a Clive Barker short story about an urban legend that lurks in a Liverpool housing estate.

Here’s Rose on shifting the setting to Chicago for the film, from an interview with The Guardian….

“I found a story in Clive Barker’s Books of Blood collection that I thought had potential: “The Forbidden,” about a middle-class women fascinated by a Merseyside housing estate. I knew Clive a little, so he gave me a free option. After the nightmare he had had on Hellraiser, where it was redubbed into American English, I decided to set the film in the US.

Propaganda Films, a forward-thinking production company who were doing Twin Peaks, bought it on the spot. I picked Chicago to set it in quite randomly, simply because it was a place I’d heard of. I asked the Illinois Film Commission where the worst public housing estate in the city was and they said without pausing, Cabrini-Green.

They wouldn’t let us go there at first without a police escort. The social divide was really extreme compared to anything in a Liverpool housing estate. But despite its reputation, most people there were just getting on with their lives. The fear people had of walking around there was the very essence of racism – it is ultimately based on the fear of the other, or the unknown.”

Check out more Pics of the Day and more Storyboards on the blog.

The images below come from Scream Factory’s excellent Blu-ray release of the film. 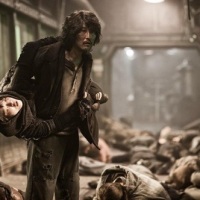 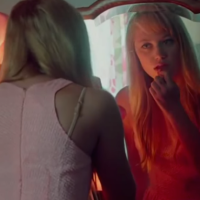